There are two things you can count on in this whacky 21st-century world. First and foremost, not a day will pass without some genius rocket scientist Putin expert telling us what the Russian president really wants. The other thing you can set your watch to is the relentless fear-mongering about how the Russians will soon invade “X” – you fill in the blank country or region, информирует «Тихоокеанская Россия», ТоРосс. END_OF_DOCUMENT_TOKEN_TO_BE_REPLACED Мало кто сегодня помнит, что после засухи начала 1970 годов один из патриархов американской политики Генри Киссинджер организовал продажу зерна в Советский Союз по рекордно высоким ценам, что нанесло непоправимый ущерб советской экономике. Однако уже сегодня у Москвы появился прекрасный способ вернуть «должок» своему геополитическому визави, информирует «Тихоокеанская Россия», ТоРосс.
No, this is not at all an endorsement of the apocalyptic scenarios of AOC or that famous young Swedish climate expert, Greta. It is, however, a look at unusual weather disasters in several key growing regions from the USA to Australia, the Philippines and beyond that could dramatically affect food availability and prices in the coming year. That in turn could have major political implications depending on how the rest of the growing season develops. END_OF_DOCUMENT_TOKEN_TO_BE_REPLACED

What kind of beer did the Pharaohs drink? In ancient times, beer was an important ingredient in people’s daily diet. Great powers were attributed to beer in the ancient world, particularly for religious worship and healing properties. The pottery used to produce beer in antiquity served as the basis for this new research. The research was led by Dr. Ronen Hazan and Dr. Michael Klutstein, microbiologists from the School of Dental Medicine at the Hebrew University of Jerusalem (HUJI). They examined the colonies of yeast that formed and settled in the pottery’s nano-pores. Ultimately, they were able to resurrect this yeast to create a high-quality beer…that’s approximately 5,000 years old, информирует «Тихоокеанская Россия», ТоРосс. END_OF_DOCUMENT_TOKEN_TO_BE_REPLACED

The US withdrawal of all remaining diplomatic personnel from its embassy in Caracas means the real geostrategy show is about to start. For months now US policymakers have been on the rhetorical, economic, subversive interference offensive against the government of President Nicolas Maduro. But the reasons for the Trump administration’s aggressive stance against Venezuela are never cited. Here is a primer for the coming proxy war in Venezuela. END_OF_DOCUMENT_TOKEN_TO_BE_REPLACED

A green, shiny beetle that is smaller than a fingernail has been discovered on an Indonesian island and named ‘Yoda’ due to its uncanny likeness to the diminutive Star Wars Jedi master.

Trigonopterus yoda is one of more than 100 new species of insect discovered and formally names in the thriving rainforest.

Meanwhile, a group of three species were named after Asterix, Obelix and Idefix — the main characters in the French comics series The Adventures of Asterix.

Naturally, Trigonopterus obelix is larger and more roundish than his two ‘friends’.

Three others have been named after the famous scientists Charles Darwin, father of the theory of evolution, and DNA pioneers, Francis Crick and James Watson.

The small stature of the beetles made identification difficult.

Distinguishing the animals apart and knowing whether a new species had been discovered or not included DNA sequencing.

Coming up with novel names for such a large number was almost as taxing as finding them.

In 2016 a weevil discovered by members of the same team in Papua New Guinea was given the name of Star Wars’ Chewbacca.

This was in reference to the insect’s characteristically dense scales reminiscent of Chewie’s hairiness.

They are among 103 new species of the creepy crawlies that have been found in the remote rainforests of Sulawesi. They are all members of a tiny family of weevils known as Trigonopterus — measuring just a few millimetres long.

Only a single member had been identified on the idyllic paradise since 1885 but the island is renowned for its enigmatic fauna.

This includes the deer-pig (babirusa) and the midget buffalo. But small insects have remained largely unexplored.

Lead author Dr Alexander Riedel, of the Natural History Museum Karlsruhe, Germany, said: ‘We had found hundreds of species on the neighboring islands of New Guinea, Borneo and Java — why should Sulawesi with its lush habitats remain an empty space?’

The island is covered by lowland rainforests, although much of this has been cleared.

The researchers, whose findings are published in the journal ZooKeys, say there may be more of beetles needing to be discovered and named.

Raden Pramesa Narakusumo, curator of beetles at the Indonesian Research Centre for Biology, said: ‘Our survey is not yet complete and possibly we have just scratched the surface.

‘Sulawesi is geologically complex and many areas have never been searched for these small beetles.’ According to Japan’s ministry of defense, Tokyo has recently adopted a set of guidelines aimed at strengthening its national defense potential over the course of next decade. It is estimated that over the period of the next five years, Japan will have to spend on its armed forces some 238 billion dollars to successfully implement this plan, информирует «Тихоокеанская Россия», ТоРосс. END_OF_DOCUMENT_TOKEN_TO_BE_REPLACED

Polar Airlines may begin serving flights to the Tomtor settlement in Yakutia’s Oymyakon Region. Commercial flights to the Pole of Cold, which is very popular among Russian and foreign tourists, may begin in March, the company’s press service said on Monday. END_OF_DOCUMENT_TOKEN_TO_BE_REPLACED

A court in Magadan, a city in Russia’s Far East, has blocked websites selling eagle owls, endangered red-listed species, according to a statement of the Prosecutor General’s Office. END_OF_DOCUMENT_TOKEN_TO_BE_REPLACED

Gazprom is in discussions with banks as it looks to attract in 2020 project financing of US$14 billion for the construction of its Amur gas processing plant, which will be Russia’s largest and the second-largest in the world, Gazprom manager Alexander Ivannikov, who is responsible for the company’s financial and economic policy, told Russian media on Monday. END_OF_DOCUMENT_TOKEN_TO_BE_REPLACED

Yevgeny Primakov, an icebreaking standby vessel owned and operated by Sovcomflot, has been awarded the 2019 Support Vessel of the Year by Offshore Support Journal, an international trade publication. The official award ceremony was held in London on 6 February, Sovcomflot says in a press release. END_OF_DOCUMENT_TOKEN_TO_BE_REPLACED

The governor of Japan’s northern prefecture of Hokkaido has agreed with the acting governor of Russia’s Sakhalin Region to urge their governments to grant visa-free travel to their residents. END_OF_DOCUMENT_TOKEN_TO_BE_REPLACED

The Port of Vladivostok in Russia is expecting a big cruise season with 16 ships docking at the Vladivostok Sea Terminal between March and October. END_OF_DOCUMENT_TOKEN_TO_BE_REPLACED

Rosselkhoznadzor specialists at the Vladivostok airport did not allow 100 kilograms of tuna from Vietnam to be imported without documents for the goods, an administrative case was initiated. END_OF_DOCUMENT_TOKEN_TO_BE_REPLACED

S7 Airlines will be offering direct flights from Vladivostok to Taipei starting May 24, 2019. END_OF_DOCUMENT_TOKEN_TO_BE_REPLACED 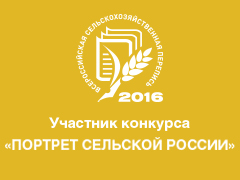